Tips from doctors and specialists

Protection for the bladder: pharmacist Samuel Knüsel über D-mannose as a natural alternative to antibiotics

He is a smart 27 years young, top educated, trained in orthodox medicine, equally open to natural medicine and works as deputy managing director in the Naturewell pharmacy in the Zürcher main station on the newly opened Durchmesserlinie.

Urinary tract infections are one of those areas in which Topwell pharmacist Samuel Knüsel is very knowledgeable. «An acute, uncomplicated bladder infection affects every second woman in the course of her life. In about one third, a new infection occurs in the next few months.» The symptoms are typical: frequent, painful urination, cloudy, usually übad smelling urine without itching and discharge.

What does the shrewd pharmacist recommend in such situations? Wait and drink tea or antibiotics? «Wait already not at all, antibiotics only very conditionally, drinking tea is however meaningful», says Samuel Knüsel. «It is perfectly acceptable to take an over-the-counter pain reliever such as ibuprofen, kidney bladder dragées and D-mannose in the case of an uncomplicated urinary tract infection without kidney involvement, that is, without fever and flank pain.

The earlier the infection is treated, the greater the likelihood of rapid symptom relief.» In particular, the simple sugar D-mannose has it all. It occupies the protein FimH on the fimbriae of E. coli bacteria and inactivates them. Fimbriae are hair-like structures with which the bacteria attach themselves to the bladder mucosa. First and foremost, however, D-mannose is an excellent, natural and, above all, gentle means of preventing inflammation of the bladder. «In a study, D-mannose has been investigated for the prohpylaxis of bladder inflammation,» says Knüsel. «When compared with an antibiotic for the prevention of cystitis, the simple sugar performed equally well. However, with significantly fewer side effects and no development of resistance as with an antibiotic.»

The experiences on the part of his customers and also of professional colleagues as well as the Ärzteschaft with D-Mannose are very good. The preparation helps many women who have tried everything so far to get rid of their troublesome bladder infections. Mannose is therefore worth a try in any case, especially since today most people are very aware of the problem with the development of antibiotic resistance. «A woman usually knows her body very well. If you find yourself in a situation where bladder infections have occurred repeatedly in the past, for example after miscarriage, prevention with D-mannose is very advisable in any case, possibly combined with kidney bladder dragées. While you can take D-mannose üover a long time völligig without hesitation, one should use kidney-bladder-Dragées not longer than a week. With such a procedure, you can significantly reduce the frequency of recurrent infections.»

Marlies von Siebenthal, head specialist for bladder and intimate complaints at the Frauenfeld Cantonal Hospital, says how many bladder infections can be treated without antibiotics

How to get rid of inflammation

Florian Meier from the Adler pharmacy in Winterthur explains why bladder infections are a troublesome, constantly recurring companion for many women and what alternatives there are to antibiotics

Putting an end to bladder infections

The Natural Response to Bladder Infections

Are you sick of those pesky bladder infections and antibiotics? We have two natural remedies, pure D-mannose and kidney and ­bladder dragées from three medicinal plants that help.

Bladder inflammation is a troublesome story in women. An infection is often followed by the next one – along with a new antibiotic prescription. There are gentle alternatives. One is pure D-mannose. The simple sugar attaches to the bacteria and prevents them from settling in the bladder wall. In one study, mannose has been well studied for preventing bladder infections. Compared with an antibiotic, mannose performed equally well or even better. With no side effects or development of resistance like an antibiotic. 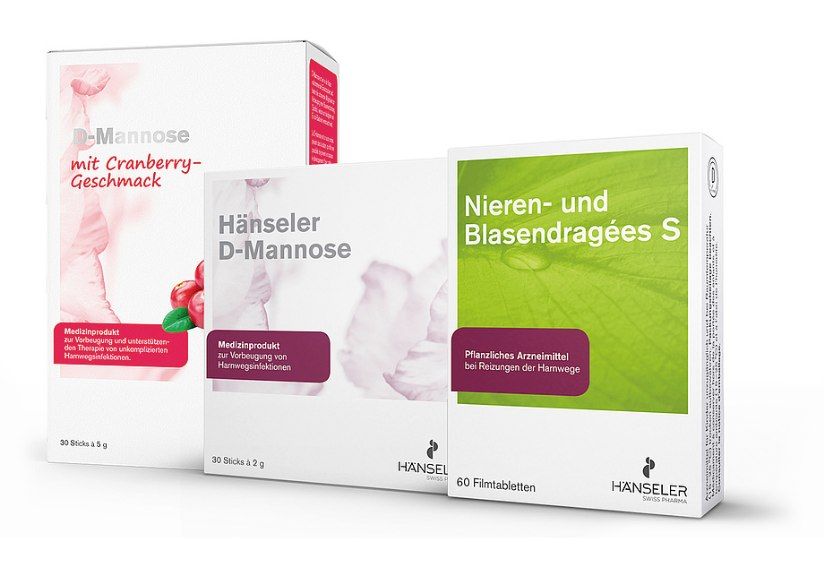